The International Thespian Society (ITS) is an honorary drama organization for high-school theatre students. Currently there are approximately 100,000 active members serving in over 3,900 schools working alongside the 4,600 professional members involved with the society across the United States, Canada, and abroad. 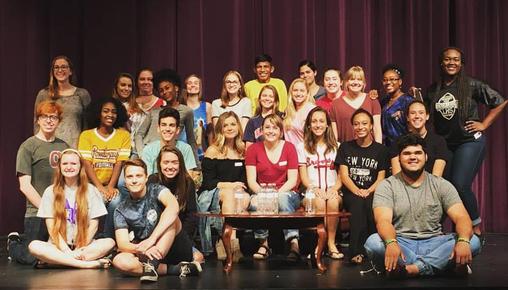 ​Since the 2014-2015 season, the program has grown fast enough and large enough to send students to study and practice theatre, film, and performing arts at the collegiate level at great schools, colleges and universities, some which are included below. The students were accepted not only because of their artistic talents, but also their dedication, discipline, and success across their entire academic course load.

Drama II gathers for a photo with stage and screen actresses Anna Grace Barlow and Tony Nominee Caitlin Kinnunen, fresh from the Broadway-bound musical, The Prom. 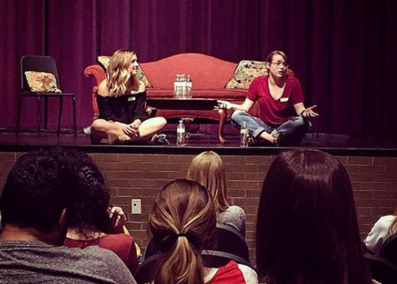 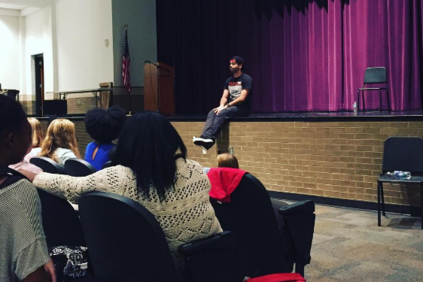